Colchester Castle has housed an archaeological and local history museum for over 150 years – extensively updated in 2014, it is one of the most popular visitor attractions in Essex and the East of England with many items in its collection being of European importance.

Set in Colchester’s beautiful and extensive town park, the Castle Museum tells the story of the town from its earliest origins, through Roman invasion, Boudiccan revolt when the city was burnt to the ground, then through more peaceful medieval times and the long siege of Colchester by parliamentary forces in 1648.

The collections are displayed chronologically, with a range of interactive displays and ‘please do touch’ replica exhibits as well as large scale ‘son et lumière’ projections onto the interior wall at regular intervals.

Tours of the surviving Roman temple vaults and up the grand staircase up to the rooftop are available for a small additional price. Interactive tablets can be hired for £1 which provide additional layers of information.

Part of the Castle’s fascinating and sometimes gruesome history includes the atmospheric prisons, where visitors can learn about how the ‘witchfinder general’ a local young man called Matthew Hopkins, captured and interrogated women accused of being witches– enter if you dare and hear their stories!

Also not to be missed is the Fenwick Treasure – personal jewellery belonging to a wealthy Roman couple, hastily hidden below their villa floor in AD 61. It came to light in 2014 during a construction project in Colchester’s busy High Street. 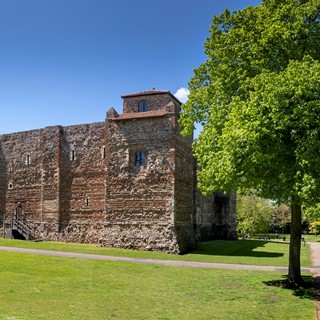 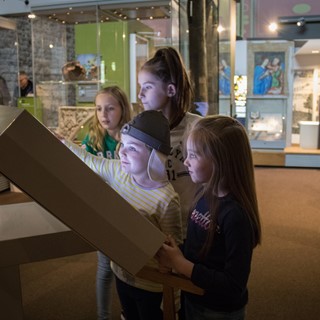